Few realize that Korea is the oldest and largest producer of tea products after China and Japan with the major tea growing regions being Hadong, Boesong and the Jeju Islands areas.  These 3-major tea growing areas have ecologically balanced and pollutant-free climates and enforced policies that protect the peace between soil, air and water which is symbolic of Korean culture.

Few in the U.S. know of flavorful Raisin Fruit tea or have ever sampled the sweet-to-sour tastes of Schisandra berry teas.  The variety of Korean teas is unparalleled when compared to Japanese or Chinese offerings.

How K-Tea Differs from the Rest

Environment & Sustainability
Few know Korea is 3rd among world tea producers with a commitment to the environment and sustainability unmatched by China or Japan. Tea is not just a product of Korea but an incarnation of an undying, sustainable sprit. Consider this in every cup of tea that you drink.

Starbucks selects Korean matcha above the best Japanese matcha and Chinese teas for its franchise. We contribute this to Korean commitment to quality, environment and respect for human rights.
Variety
Award winning green teas and matchas are small facets of the spectrum of tea tastes offered by the producers of South Korea. From ginseng root to raisin fruit teas; floral dandelion to mulberry leaf tea, Korean teas offer a variety of tea tastes that are the envy of the world.
Blending Excellence
Bringing the most environmentally clean, vibrant tasting variety of teas in the world is not enough. At Tastes of Tea, we exclusively use Certified Tea Masters to create our tea blends that rival the world in clarity of taste.

Korean tea history have genesis in the sixth or seventh centuries, introduced by Buddhist monks returning from China.  King Sinmun advocated the use of tea in order to purify the mind, while King Heundok is reported to have obtained tea seeds from Tang China for planting in 828.

During the Korean Goryeo Dynasty (in the 10th -13th centuries) tea was offered in ancestral ceremonies. Tea was incorporated in ceremonies known as Hon-ta in which cups of green tea were offered before the statues of the Buddha in the temples.

Moving to a modern era of the mid-1800s, Japanese invaders suppressed much of the Korean tea culture. The spirit of Korea that has survived wars, oppression,  and unfair trade is strongly symbolize its tea economy that thrives through a balance of innovation and faithfulness to tradition that has survived 2000 years. 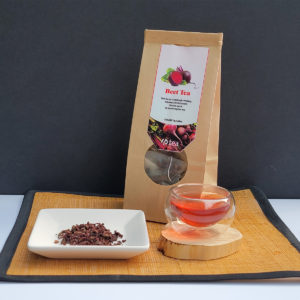 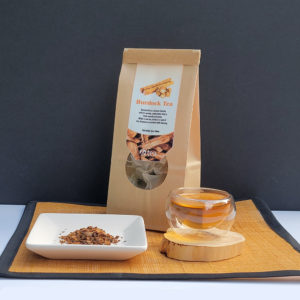 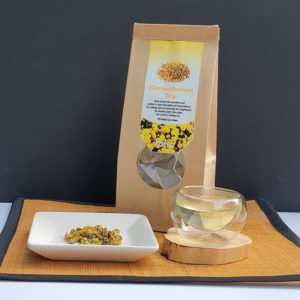 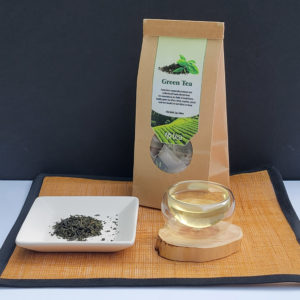 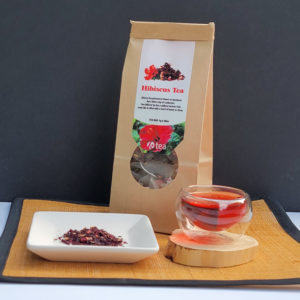 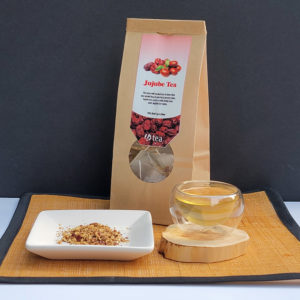 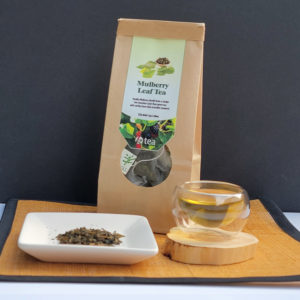 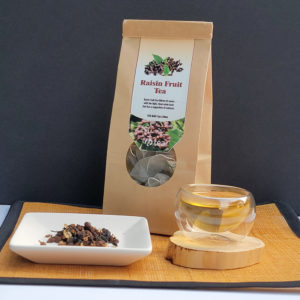 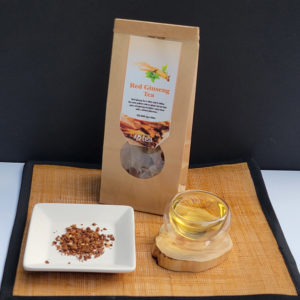 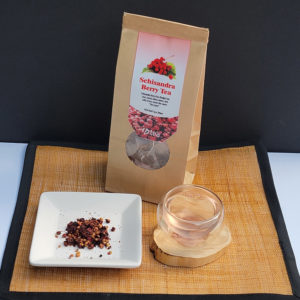 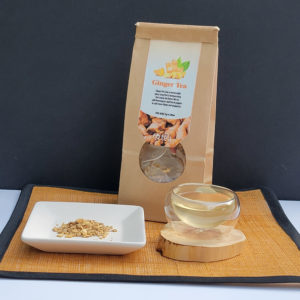 Green Tea – chosen by Tastes of Tea are organically produced and meticulously hand-selected from the mountainous tea fields of South Korea.  Specifically, our teas grown the southern regions of South Korea known as Hadong and Boesong that we visit yearly to ensure quality.  We are often asked, “How should good green tea tastes?”  Quality green tea offers a fresh, vegetive, grassy taste but should not taste bitter or sharp.

Tea Health Fact – Weight loss is probably the most recognized, medically researched benefit of green tea.  Green tea, however, also offers powerful antioxidants that can improve cellular function and fight cancer and inflammation.  In addition, the polyphenol compounds and antioxidants found in green tea can prevent cell damage and hardening of the arteries that can lead to a heart attack or stroke. Click here to read more.. 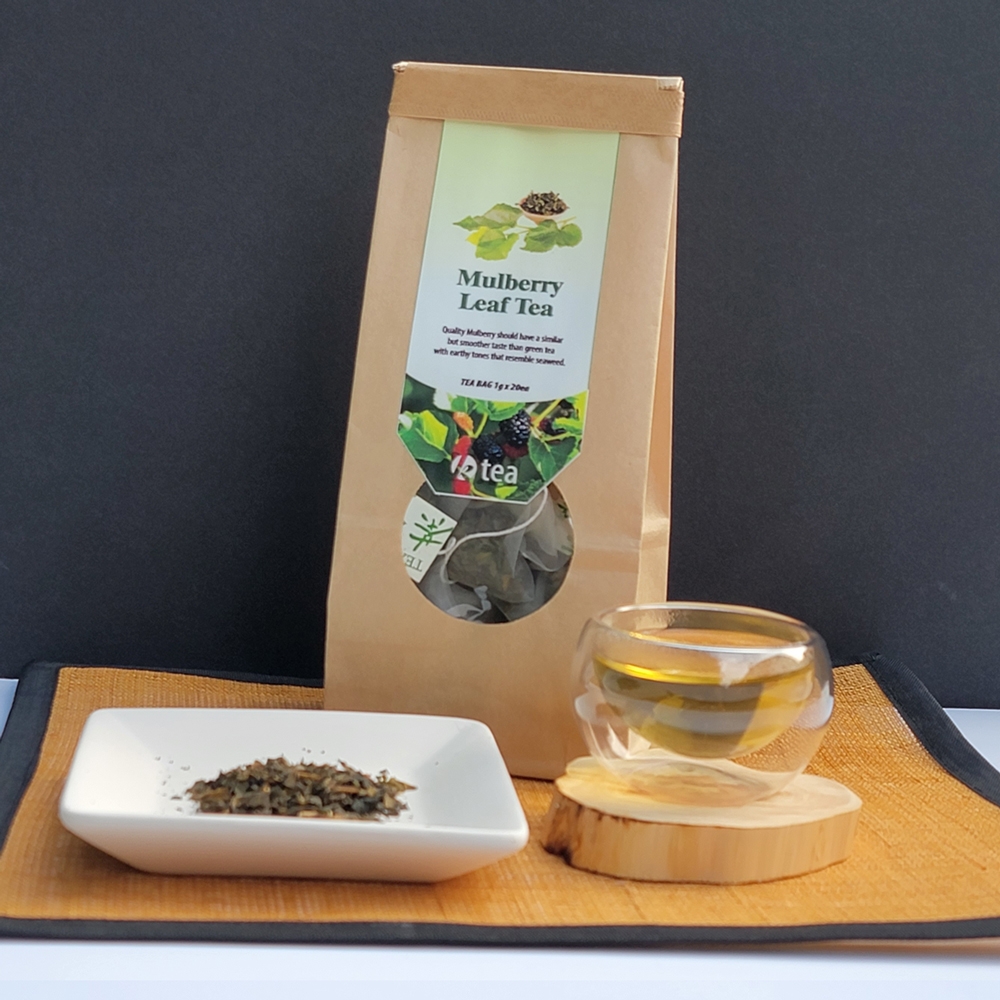 Mulberry Leaf Tea – Tastes are so similar to green tea it is sometimes slipped into judging contests to separate Master Tea Craftsman from novices.  Its taste similarity to green tea can test the best tasters.  Quality Mulberry Leaf tea, though, should have a smoother taste than green tea with earthy tones that resemble seaweed.

Raisin Fruit Tea – follows its name with the light, clean raisin taste that has a suggestion of oatmeal.  Raisin fruit tea is an absolute favorite among U.S. consumers and was the Korean tea I first tea I tasted outside of green tea.  Raisin fruit tea completely redefined my perception of how teas could be represented and inspired some of my early studies of tea.

Tea Health Fact – Raisin fruit tea is most recognized for its ability to heighten liver health.  Two enzymes – alcohol dehydrogenase (ADH) and acetaldehyde dehydrogenase (ALDH) — help your body break down alcohol. Studies suggest that consumption of raisin fruit tea may increase the activity of these enzymes, which means it could help you metabolize alcohol faster. Click here to read more.. 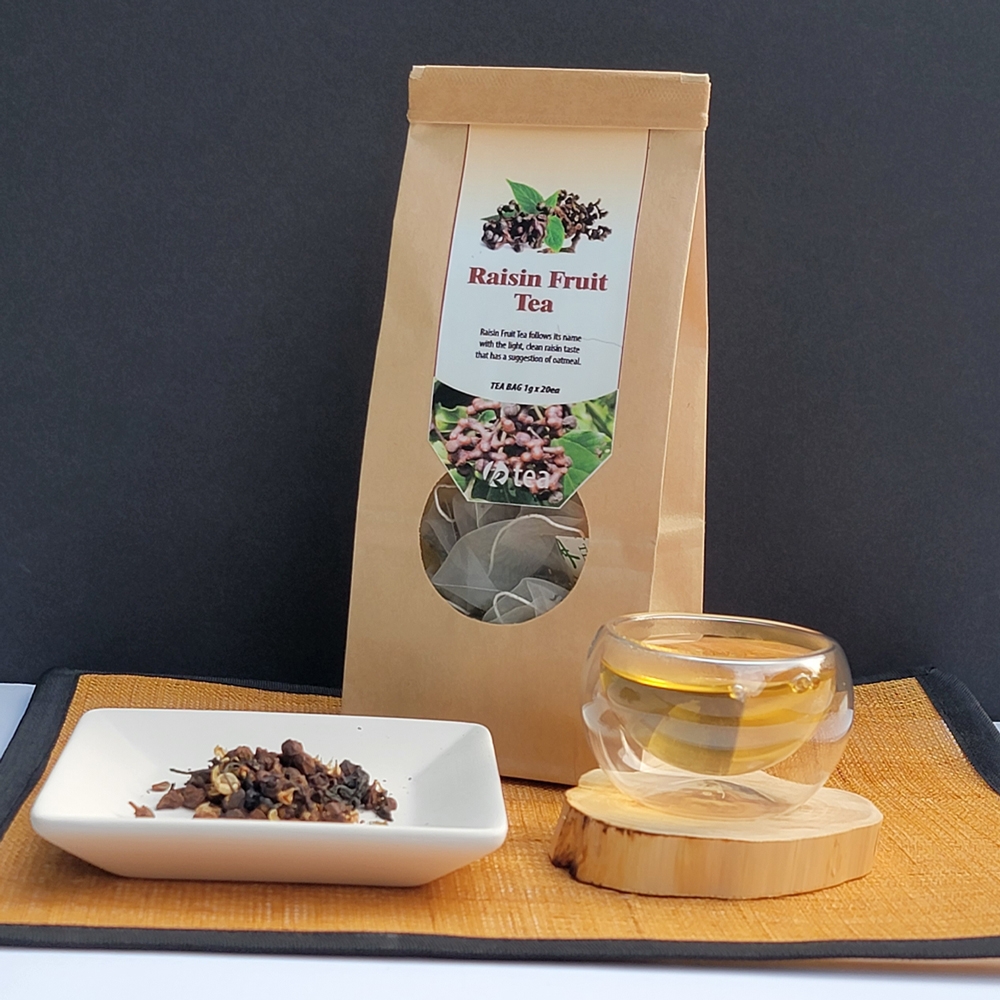 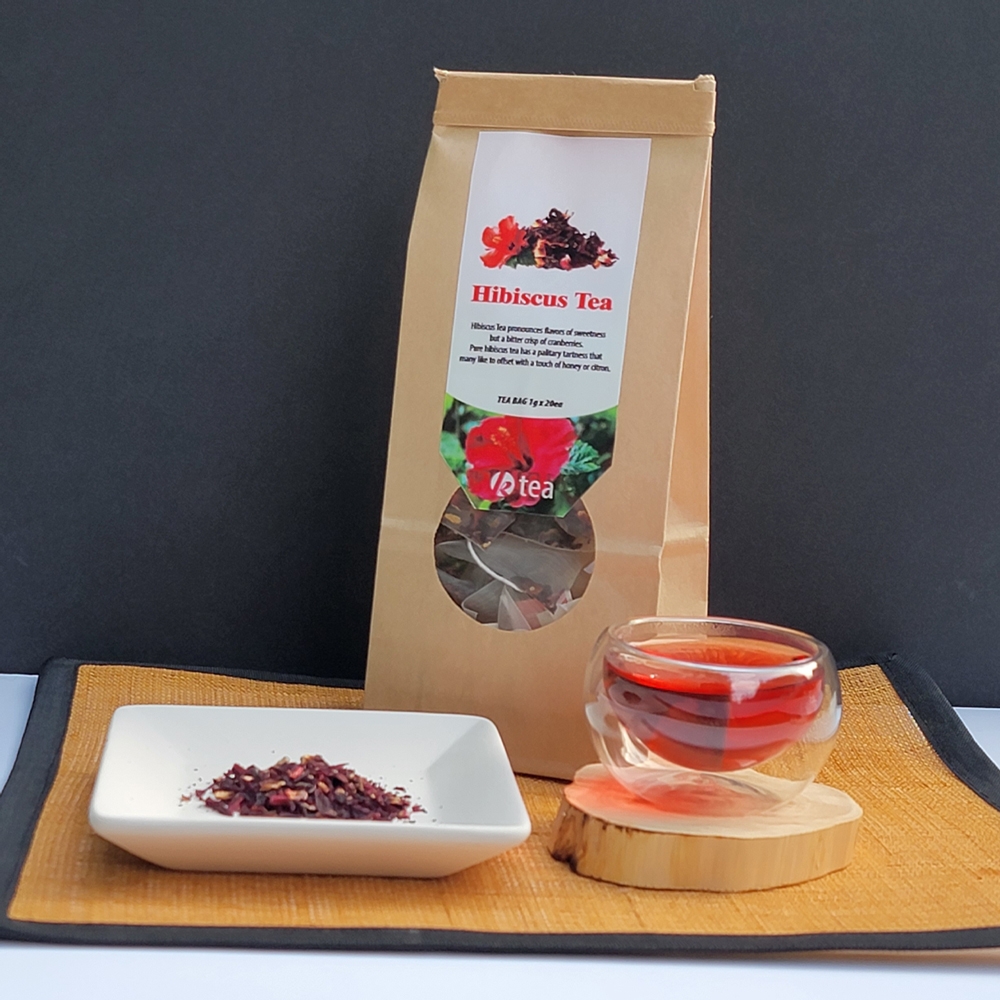 Hibiscus Tea – pronounces flavors of sweetness but a bitter crisp of cranberries.  Hibiscus is floral but fruity, bitter but sweet tea.  Pure hibiscus tea has a palitary tartness that many like to offset with a touch of honey or citron.  We consider this a floral tea that has a natural complex taste and beautiful to brew with its ruby red color.

Tea Health Fact – Hibiscus contains a specific type of antioxidant called anthocyanin found in berries.  This produces the red color found in many fruits and florals thought to reduce the risk of many chronic diseases.  Hibiscus has also been researched to decrease blood sugar levels that reduces unnecessary heart strain. Click here to read more..

Red Ginseng Tea – is often said to follow the same palitary vein as ginger but we find pure, red ginseng tea holds a spicy tenor with a distinct bitterness.  Think of the finish of eating a carrot that has a distinct flavor, slight sweetness and defining bitterness.  I have used red ginseng before as an herbal spice to create a delicious chicken broth.

Jujube Tea – is created from dried small, raspberry looking figs.  The taste will remind you of dates that you would buy at your local grocery store.  Jujube tea carries a mild, fruity taste with slightly tart notes often complimented with ginger or honey to provide a more balanced delivery.

Tea Health Fact – Jujube tea is rich in flavonoids- saponins and polysaccharides. Saponin has been touted as a natural sleep promoter by several experts in the past. Its sedative quality helps induce sleep by lending soothing effect on the entire nervous system.  Jujube tea is also high in potassium content that can contribute to lower blood pressure levels. Click here to read more..

Beet Tea – have vegetative tastes that I find milder and more inviting than eating actual beets.  I never was a fan of beets until I was served my first taste of beet tea.  Often, I will include beet tea into a smoothie along with apples and carrots.  Beet tea has a surprisingly refreshing, hydrating taste that propels this to be one of my favorite vegetive teas.

Tea Health Fact –Beet tea is by far one of the most nutritious teas you can incorporate into your diet.  Beet tea is filled with nitrates that convert into nitric oxide in the blood that widen and relax blood vessels.  This metabolism is thought to reduce blood pressure.  Nitrates are also thought to improve stamina and improve blood circulation in the brain with promising results for preventing and slowing dementia. Click here to read more.. 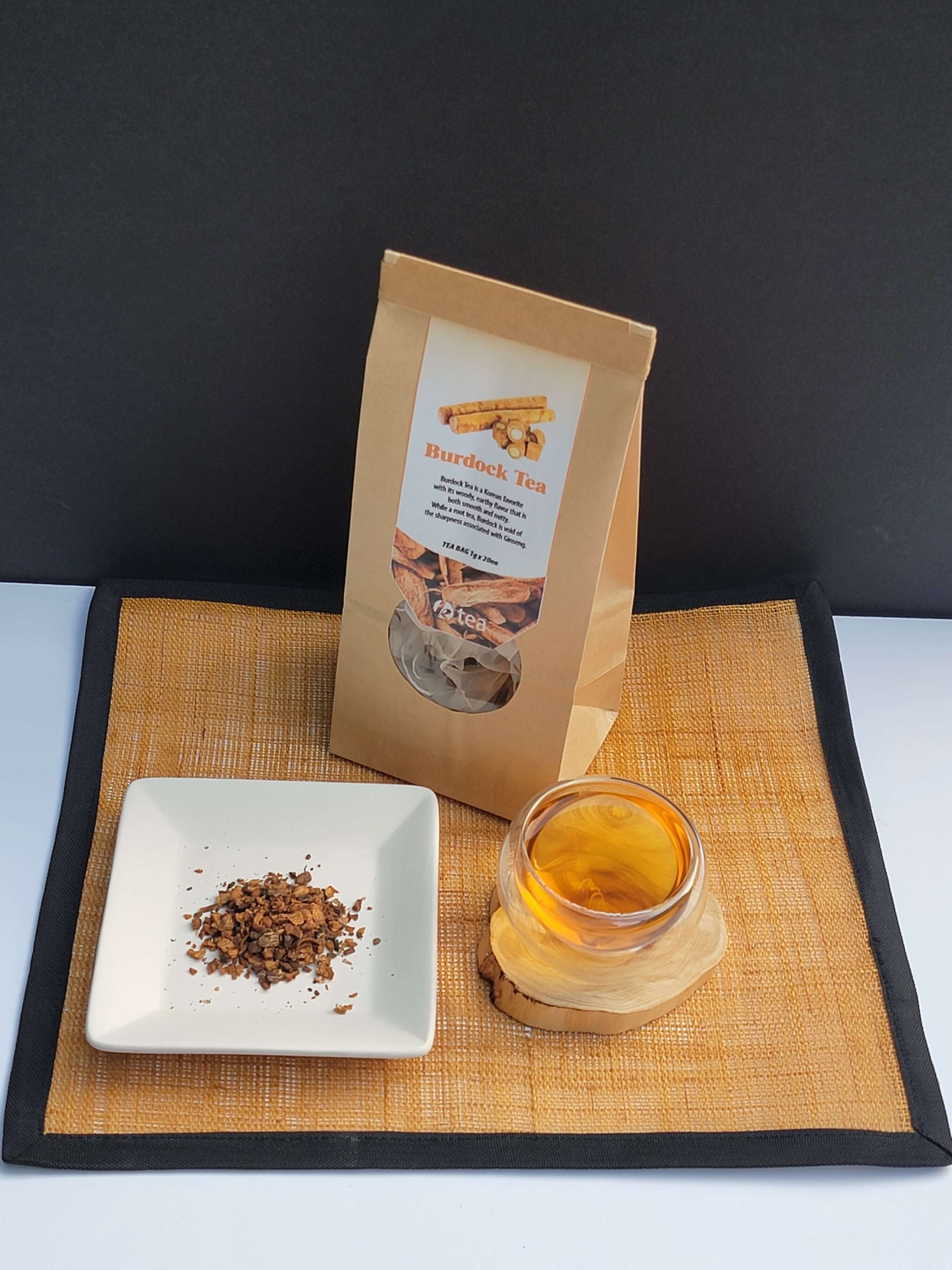 Burdock Tea – is my personal favorite Korean tea with its woody, earthy flavor that is both smooth and nutty. Burdock tea is another tea that I will use to create a flavorful broth that compliments roasts or pork shoulder very well.

Tea Health Fact –Burdock tea operates as a source of inulin, a prebiotic fiber that aids digestion and improves digestive health.  Burdock tea also contains several antioxidants, such as quercetin, phenolic acids, and luteolin, that can help protect your cells from free radicals.  These antioxidants help reduce inflammation throughout the body. Click here to read more..

Chaga Mushroom Tea – does not taste like a typical mushroom found in a grocery store.  It has a somewhat earthy flavor and a bright nutty flavor that has almost a hint of pecan.  Chaga mushrooms also contains a naturally occurring form of vanillin, the same as what is found vanilla bean.  I have found chaga mushroom tea to be an effective supplement for treating erectile dysfunction in my 50s.

Tea Health Fact – Several studies have found ubstances in chaga may effectively prevent cancer and slow tumor growth.  One study showed hot water extract of chaga mushroom inhibited the growth and promoted the death of colon cancer cells.  Another study suggests that chaga mushrooms may be beneficial in the development of anticancer drugs. Click here to read more.. 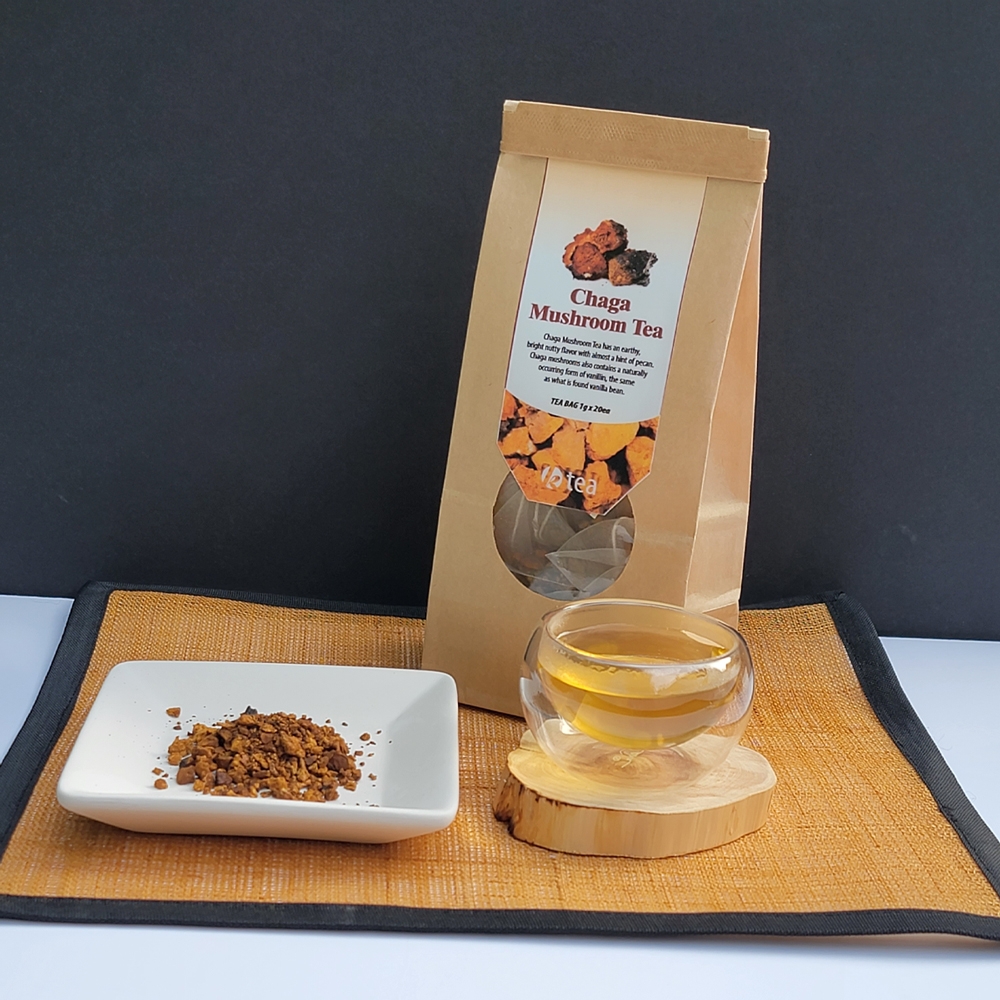 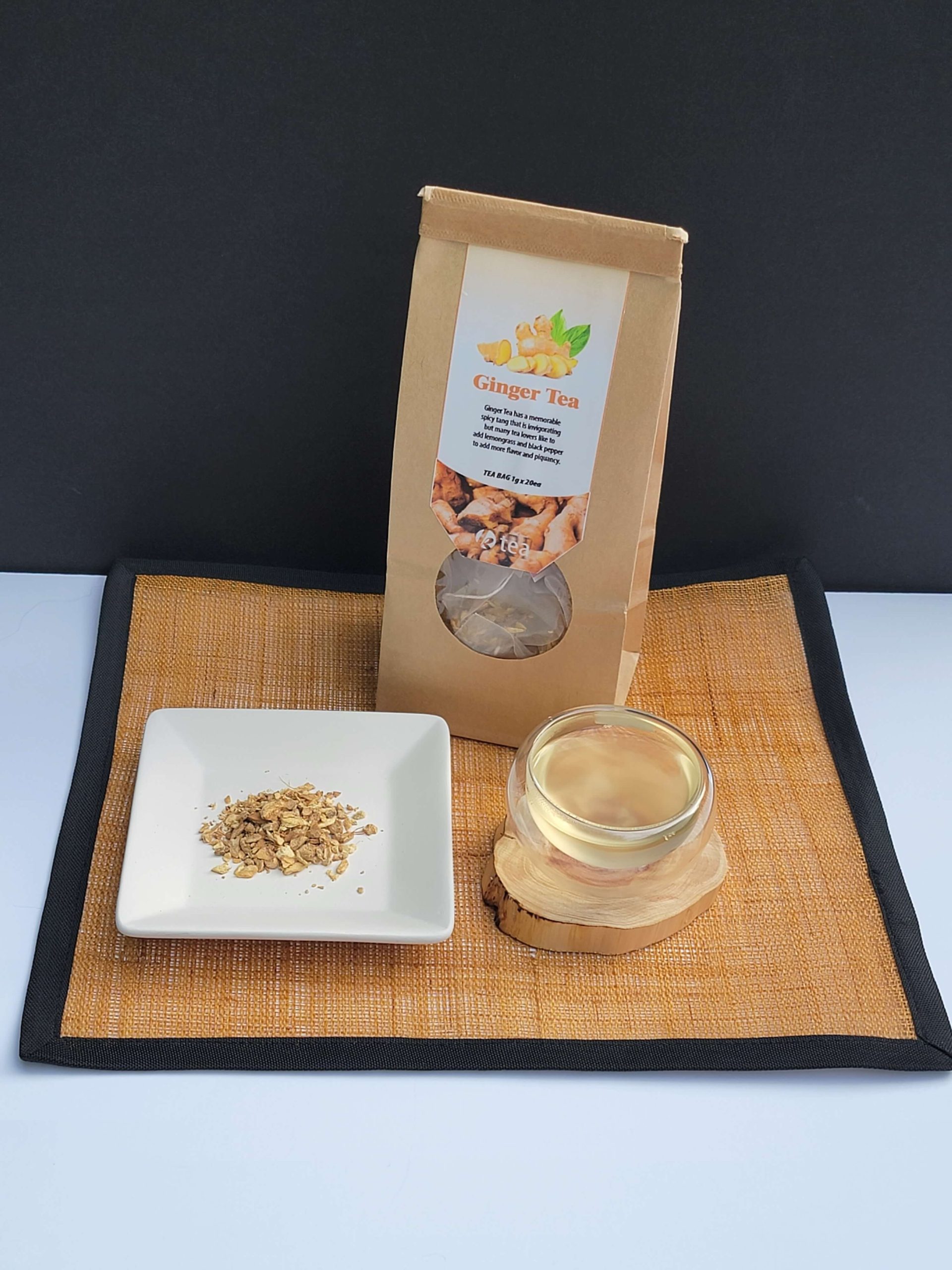 Ginger Tea – has a smooth flavor removed from the bitterness of its red ginseng cousin.  Ginger tea also has a memorable spicy tang that is invigorating but many tea lovers like to add lemongrass and black pepper to add more flavor and piquancy.

Tea Health Fact – Ginger tea is probably most well-known for its potential to soothe digestive issue, and for helping ease nausea.  One study even suggests it may be just as effective as some medications, but with fewer side effects, in the case of morning sickness.  Ginger contains key phytonutrients known as gingerols, and research has shown that these can have an antimicrobial and anti-inflammatory effect. Click here to read more..

Schisandra Berry Tea (Omija) – is right behind raisin fruit tea in popularity among those in the U.S.  Omija has a complex berry tang that would represent the cross between cranberries and raspberries.  Schisandra berry tea has sour, sweet, bitter, warm, and salty tastes, hence the name “five taste”.  Russian hunters have consumed it for centuries as a tea to help with fatigue. In traditional Chinese medicine, Schisandra is considered beneficial to qi, the life force or energy inherent in all living things.

Tea Health Fact –.  It’s thought to have a positive impact on several meridians, or pathways, in the body, including the heart, lungs, and kidneys.  Studies has also shown Schisandra berry tea may be effective against Alzheimer’s and Parkinson’s disease. This is due to its anti-inflammatory, neuroprotective effect upon microglial cells in the brain. Click here to read more.. 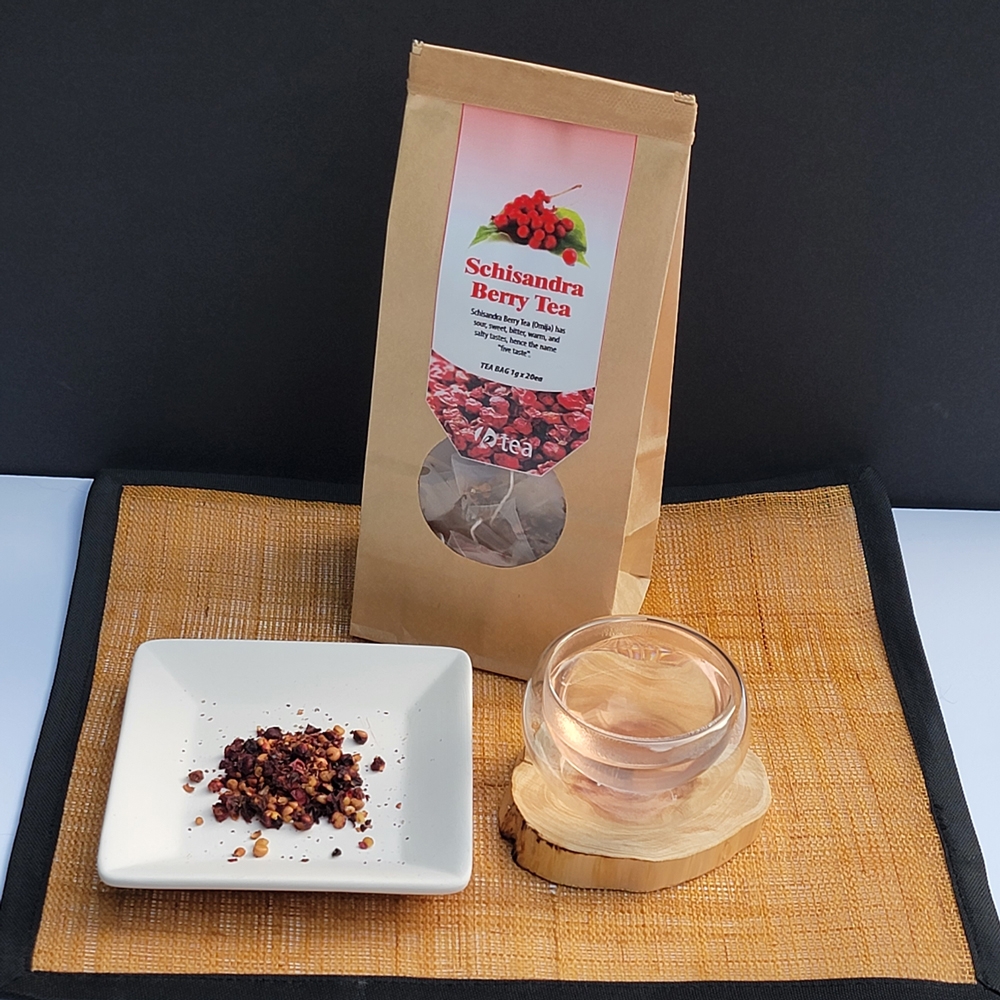 We love our customers, so feel free to call during normal business hours. If we cannot attend to your call immediately, please leave us a message and we will return your call as soon as possible!